Warning: in_array() expects parameter 2 to be array, integer given in /home/buckwithbow/public_html/wp-content/plugins/disclosure-for-amazon-affiliate/index.php on line 271

For deer, the start of the rut is the start of their mating season, where bucks actively search for does to mate with. For hunters, however, this means a great season of deer hunting is ahead. Although sometimes, it may difficult for hunters to determine when exactly the rut will begin, and how to utilize this to yield better hunting results.

When does the rut start, and how do deer behave when it's time to mate? Read on to find out.

What Initiates The Rut?

Researches and observations by experienced hunters have found that there are various factors that trigger the need of deer to mate. Because of this, the start and end of the rut may vary depending on where you are. Nonetheless, certain patterns may still be drawn.

Some factors that are believed to trigger the start of the rut are shorter day lengths and sudden drops in temperature. It is found that deer go into the rut around the time of the first cold snap, or when the amount of daylight within the day shifts to night.

The timing of a rut also depends on the length of the pregnancy period of the doe. The deer time their mating just so that the young are born once spring rolls in. This is when the weather is favorable food starts growing.

Others think that the rut is connected to the lunar phases, and that the rut peaks a week after the second full moon, the autumnal equinox during the 21st of September. However, on the average, the peak of the rut in most parts of the US is on the 13th of November. In tropical areas where the change in climate is not as dramatic, ruts last for a longer amount of time.

You may observe that the rut may differ drastically from place to place, depending on the climate among other factors.

Deer Behavior During A Rut

There are certain behaviors that deer express that are unique to whenever they are in the rut.

You know that it is the start of mating season once you find male deer rubbing their antlers on trees, picking fights with one another, and are herding female deer. All this is to showcase their dominance before the actual mating occurs.

During the peak of the rut, this is when the doe are most fertile and are "in heat," also known as the estrus period. At this time, bucks mate with as many does as possible. And since mating is all that they think about, they are more active and less cautious than they normally are.

For weeks on end, bucks will run around searching for does, barely eating and losing a great amount of weight, and will eventually tire out. By the end of the rut, they will be so worn out that they lay down to rest for up to two days.

The Rut Is Heaven For Hunters

Mule Deer Buck and Doe in Rut in the Snow

The rut is known by hunters as the best season to hunt deer. Because deer are more active and less cautious during this time of the year, hunters are more likely to be able to spot and hunt one down. Moreover, bucks also get up earlier to look for does, so you too can start early and increase your chances of finding a deer.

Also, during the rut, bucks go off and wander around in places you typically wouldn't expect them to be. Once you hear of increasing incidences of deer getting run over, it means that the rut has started. Sometimes, you can get lucky and come across one without even looking for it.

As deer become weaker and more tired after weeks of actively searching for doe, bowhunters will go through less struggle putting an arrow in one.

Hunting Tips During The Rut

Just because there are generally more deer out in the open during the rut, it doesn't mean that you can go out a hunt one down immediately. Sometimes, you may still go home empty-handed because you did not do your homework on deer and how the rut works. 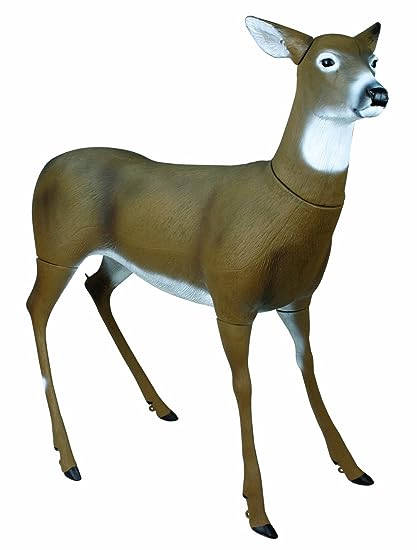 So in order to get the most out of your hunting session, you have to get to know the behavior of the deer you are trying to hunt. Note the changes in their appearance, actions, running patterns, every aspect of their behavior that may be caused This way, just by observing the deer, you will know what phase in the rut they are in and if it is the best time to actively hunt them down.

You may even use a doe decoy and different grunts and calls to lure bucks in. Also check the previous years' rut peak dates and see if there's a pattern. However, you must exercise caution because you'll never know if the deer's aggression during the rut may be taken out on you.

The rut, or the mating season of deer, is triggered because of various factors like changes in temperature and the timing of births. This also makes deer behave a certain way that is very beneficial to hunters. Their increased activity and decreased mindfulness to their surroundings makes them very easy to hunt down. All you have to do is take note of the techniques that can be used to bag a deer during the rut.

If you have any questions or comments, feel free to contacts us. We hope you enjoy your bowhunting!

Amazon and the Amazon logo are trademarks of Amazon.com, Inc, or its affiliates.

Hey there, I’m Jennifer, a mother of two sons, and I really enjoy the outdoor world. I take advantage of my spare time to hunt deer with a bow. I founded BuckWithBow blog so that I can share my hunting experiences in the woods and thus help you discover a couple of tricks, tips and essential skills that will make you a successful bow hunter.

BuckWithBow.com is a participant in the Amazon Services LLC Associates Program, an affiliate advertising program designed to provide a means for sites to earn advertising fees by advertising and linking to Amazon.com. Additionally, BuckWithBow.com participates in various other affiliate programs, and we sometimes get a commission through purchases made through our links.